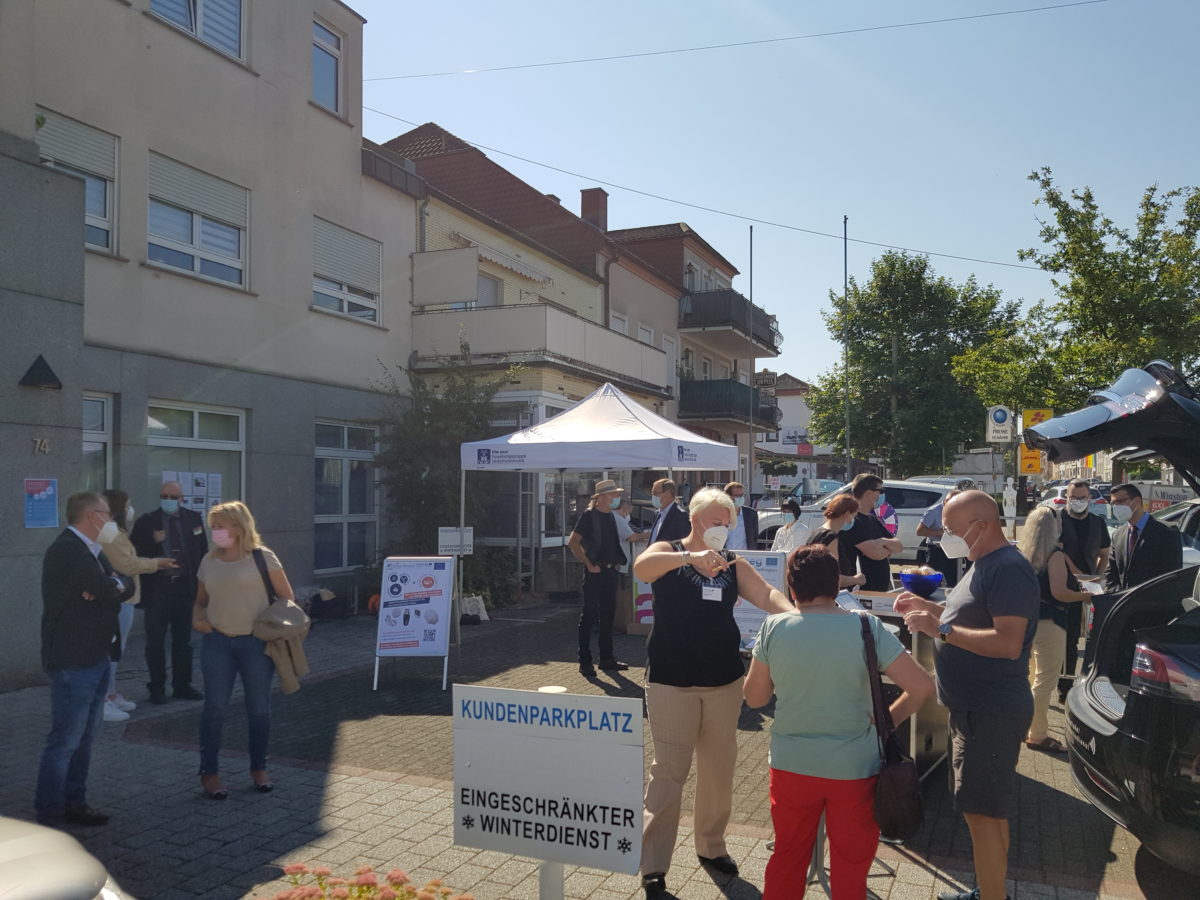 The open day of the TERMINAL project in Überherrn took place in the best weather on 4 September 2021.
The event, organised by the htw saar and the Saarland Ministry of Economic Affairs, Labour, Energy and Transport, was an opportunity for citizens to get to know the TERMINAL project with its practical field test. At the same time, the project team was able to sensitise those interested to innovative transport solutions.

All citizens had the opportunity to take a ride in a Tesla Model X with  activated Autopilot and thus get their own idea of an automated shuttle service. More than 30 people took advantage of this offer: They drove off silently and full of excitement and returned happy after a ten-minute drive. In particular, the high level of comfort and the quiet ride were perceived as a big plus compared to conventional public transport. The passengers were also able to determine where the limits of automation lie. Nevertheless, they would also recommend automated driving to friends, family and colleagues, as they stated in the survey. 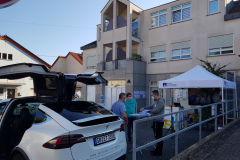 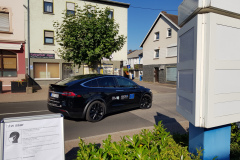 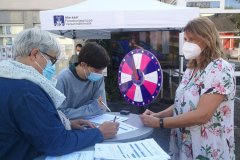 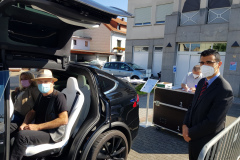 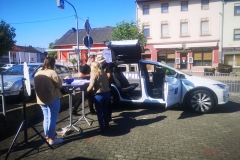 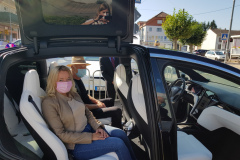 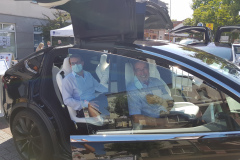 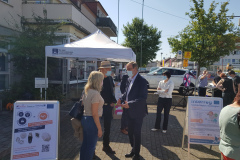 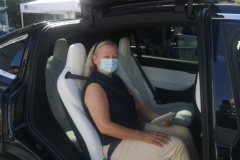 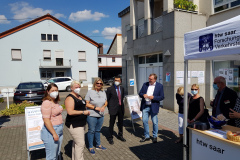 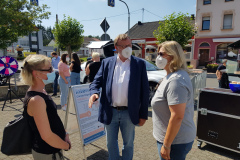 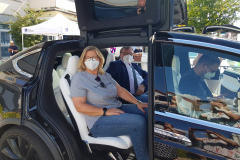 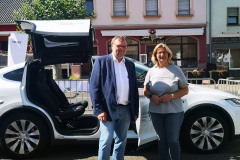 The supporters of the project were also among the passengers : The mayor of Überherrn, Mrs. Yliniva-Hoffmann and the head of the village, Mr. Zenner, as well as Mr. Dastillung, president of the municipal association Warndt (France) and his staff were able to take part in a test ride and afterwards talk to the project managers and discussed with the local bus operator (Mr. Michel, managing director of KVS GmbH) about how the the future public transport service may look like.

In the early afternoon, the Saarland Minister of Transport, Anke Rehlinger, paid a visit to the project stand. In addition to a test drive with one of the people responsible for the project, Prof. Dr. Horst Wieker (head of the research group for transport telematics, htw saar), the minister was able to get first-hand feedback from the commuters: Giovanna Stambene has been driving since the start of the operational test and is enthusiastic: “I live in France and work in Häsfeld and I think it’s really great that such a cross-border offer is coming about.” When asked by the minister if she has ever experienced a critical situation in which she felt unsafe, Giovanna replies, “Not at all, an accident can happen to me with my own car. Here, the drivers are still there for safety and I arrive at work totally relaxed!”

Another convinced test person, Christian Paulus, who had brought his family with him, also told the project team that he regretted that the practical phase was already coming to an end in three weeks. He will miss the shuttle service. A statement that prompted the minister to leave the stand with a positive view of the future: ” I am glad that we have now reached the practical phase of the project and can show a nice demonstrator of automated driving in Saarland.”

Many thanks to the municipality of Überherrn for its support during the organisation of the event! 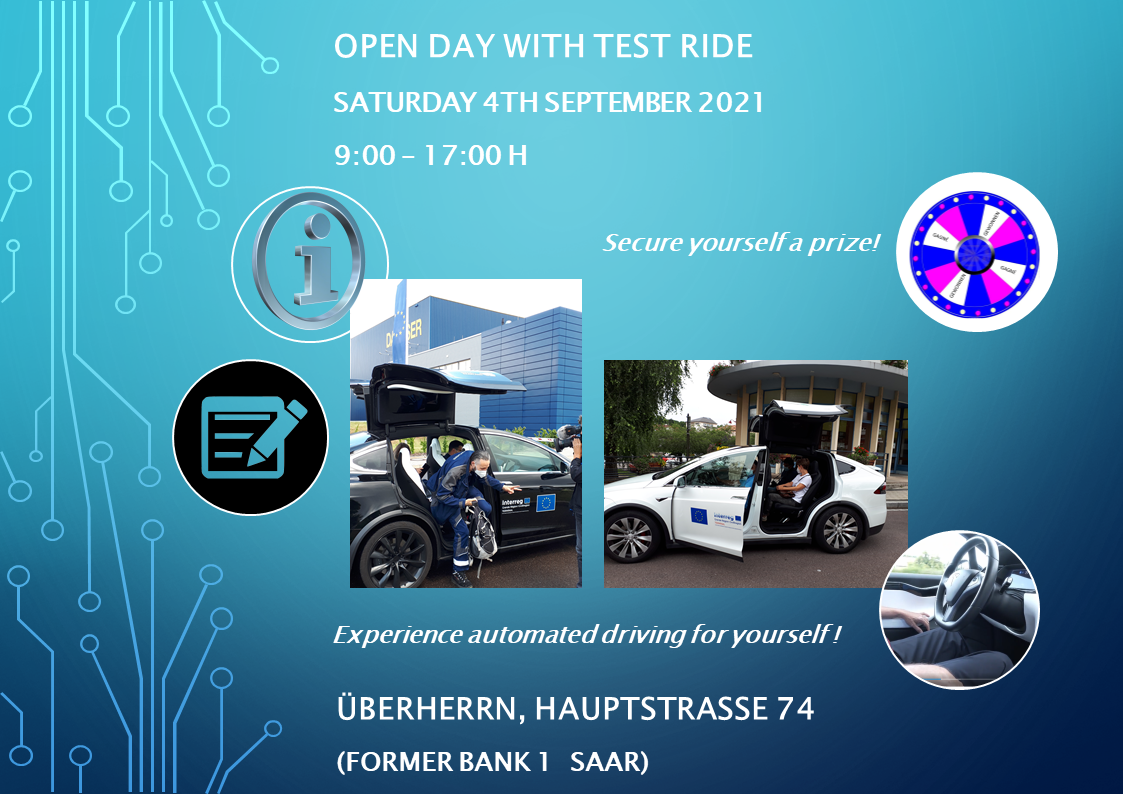 Next Saturday, the TERMINAL project invites you to an open day.

From 9 a.m. to 5 p.m., project staff will be available to provide information to interested parties and answer any questions.

The aim of this event is to introduce the crossborder automated shuttle service to the local population and to give them the opportunity to experience autom ated driving for themselves in a test ride. 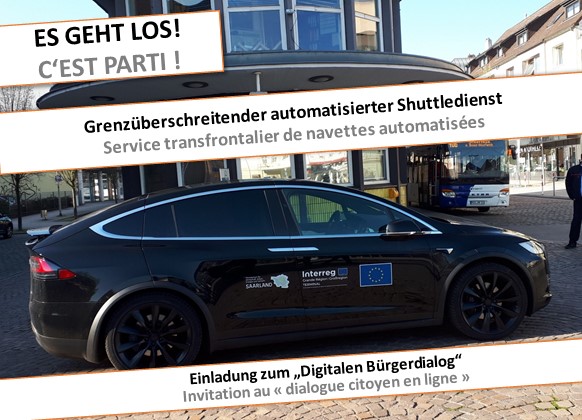 The practical test will take place very soon and we are delighted to invite you to our first information event.

We will inform you about the objectives of the project, present you the planned test drives and the used automated vehicles and answer your questions.

Register for free under: Registration 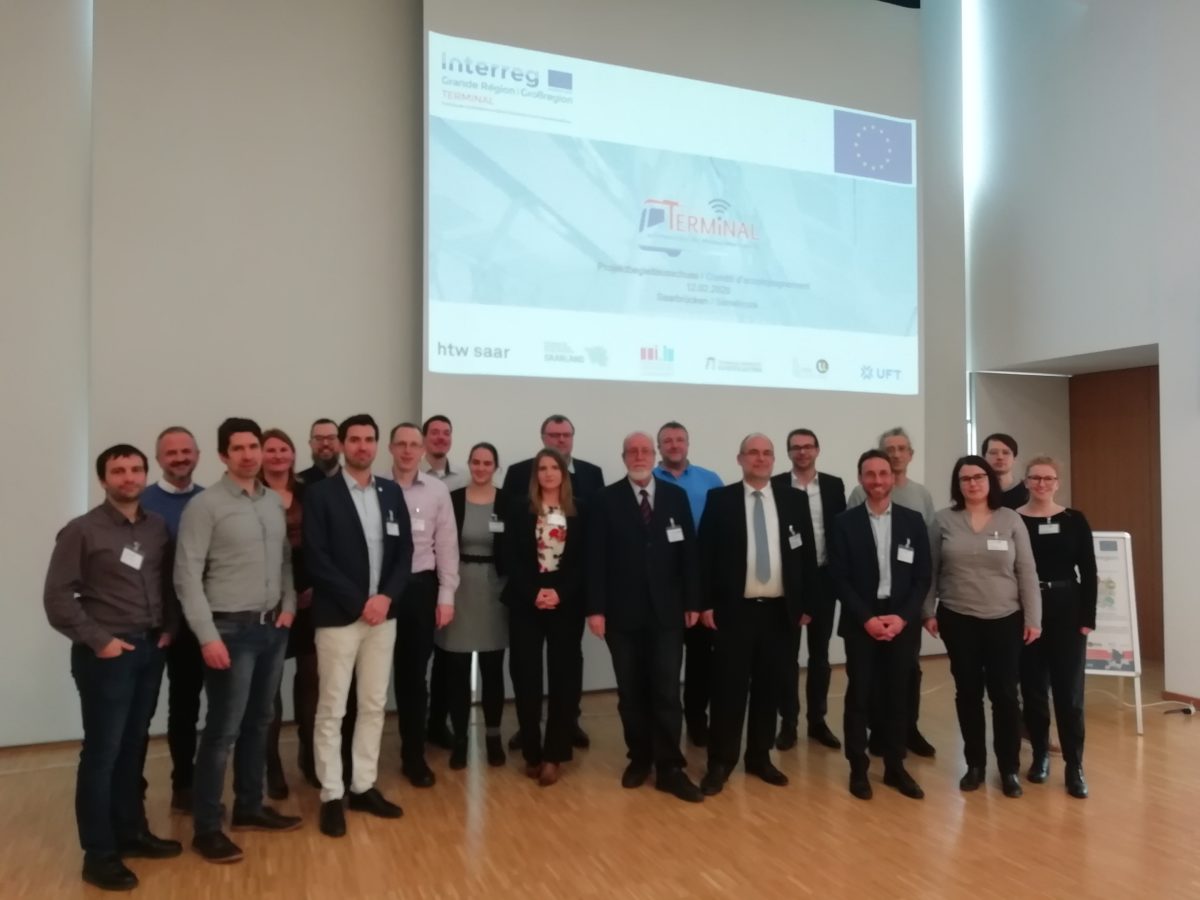 On the morning of 12 February 2020, the first Monitoring Committee of the TERMINAL project took place at the htw saar forum. This event was the opportunity to present the progress of the project to our funding authority INTERREG as well as to our strategic partners.
We would like to thank all our operational and strategic partners for their cooperation and look forward to the next two years with great anticipation and enthusiasm!